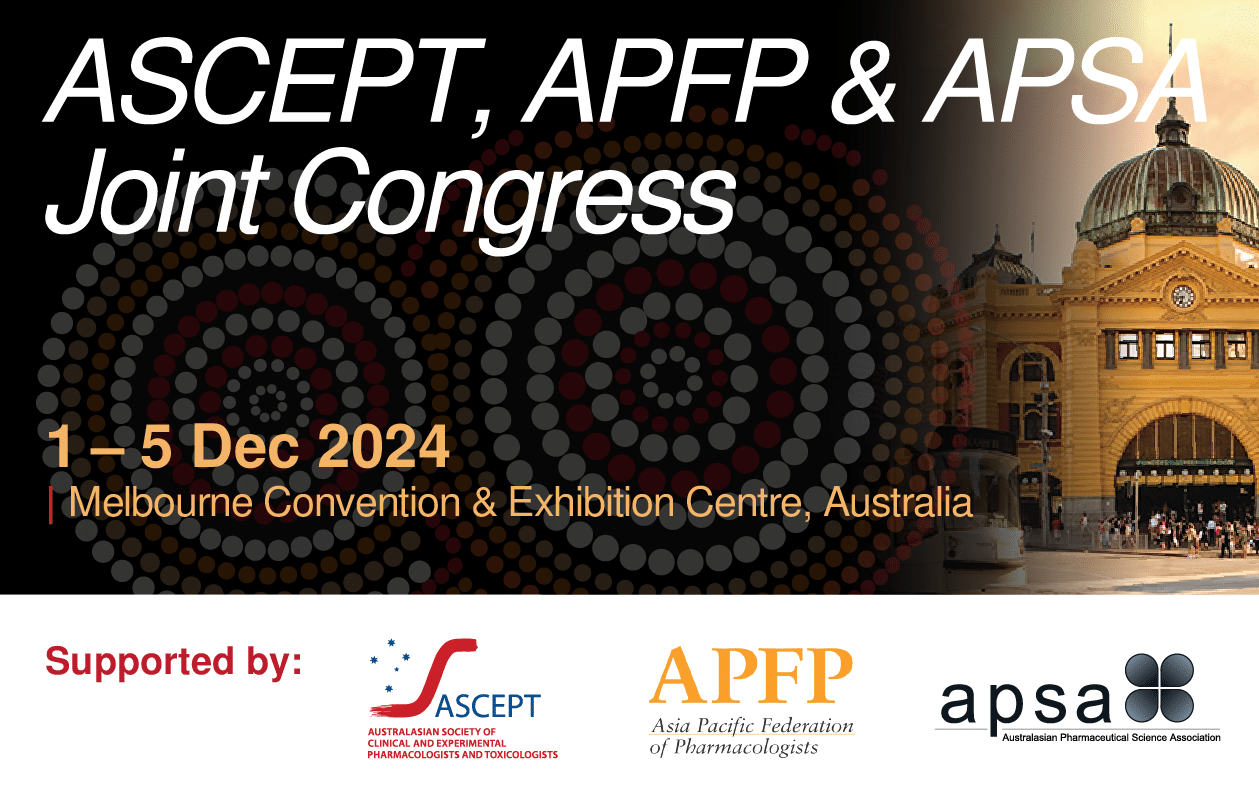 ASCEPT is the professional and independent society in Australia and New Zealand for those with expertise in the use and toxicity of medicines and chemicals. ASCEPT is a member-based organisation and membership comprises clinicians, pharmacologists, pharmacists and scientists. Established in 1966, ASCEPT is affiliated with the International Union of Basic and Clinical Pharmacology (IUPHAR) and the International Union of Toxicology (IUTOX). ASCEPT has hosted International Congresses of Pharmacology (in 1987 and 2004) and Toxicology (in 2001 and 2004), and the South East Asian Western Pacific Regional Meeting of Pharmacologists (SEAWP-RMP) in 2007.

The Society values its members and provides high-quality scientific meetings. It also recognises the achievements of its members by awarding prestigious Society prizes including the Rand Medal, the ASCEPT Lecturer and the ASCEPT Achievement Award, as well as student prizes and early career awards. As we look to the future it is an exciting and challenging time for our professions, and the Society will continue to enhance our national and international reputation through its work. ASCEPT continues to attract new members from Australia and New Zealand as well as from international universities, independent research centres, governments and health services.

Membership is drawn from the Pharmacy Schools of Australia and New Zealand, the pharmaceutical and biotechnology industries, and associated government departments. Annual conferences and regular short courses provide a forum for presentation of research and development applications from all branches of the pharmaceutical sciences, pharmacy practice and pharmacy education. APSA recognises excellence by providing several competitive awards for members at varying stages of their scientific careers. The APSA medal is our association’s highest award to recognize excellence and lasting contribution to the pharmaceutical sciences, pharmacy practice and/or pharmacy education. In addition, in recognition of the valuable contribution of our student and early career researchers, APSA provides forum, travel grants and prizes.

Register your interest to receive updates

Register your interest to receive updates